Father hires IN-GAME HITMEN to own his slacker son in his favorite online game. 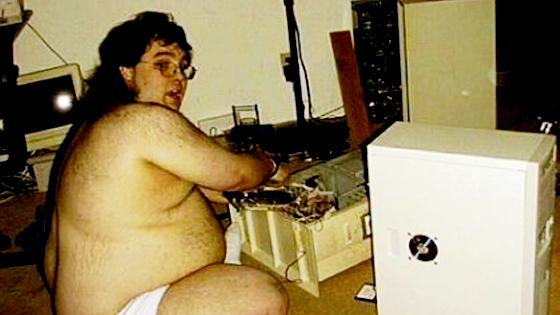 This is one way for someone to deal with their slacker son. One concerned father in China saw his son (much like me) sitting around in their early college years playing video games instead of going to school (much like me). What to do in this situation? A parent could sit around waiting for their son to pass out due to caffeine addiction and gross caloric in-take. They could then drag that son to a sweat lodge in the Mountains and force them to expunge the demon spirits from their body. (Trust me, it doesn’t work.) Or they could hire online assassins to slap down the son in the game they’re addicted to. Invariably driving the son out of the game, and pushing them to go back go school.

Yeah, right. There is like, an infinite amount of video games out there. Though, it’s a great try.

Sick and tired of his son playing video games and not listening to him, a father in China decided to take matters into his own hands… well, sort of. Instead of sending his son off toaddiction camp or stripping him of internet and gaming rights, Mr. Feng (冯先生) chose to hire an online “hitman” to school his son.

Feng’s 23 year-old son, “Xiao Feng” (小冯) started playing video games in high school. Through his years of playing various online games, he supposedly thought himself a master of Chinese online role playing games. According to his father, Xiao Feng had terrible grades in school because of his gaming habit; he couldn’t even land a job. He, however, says he simply couldn’t find any work that he liked. Feng was annoyed that his son couldn’t even tough it out for three months at a software development company.

Unhappy with his son not finding a job, Feng decided to hire players in his son’s favorite online games to hunt down Xiao Feng. It is unknown where or how Feng found the in-game assassins—every one of the players he hired were stronger and higher leveled than Xiao Feng. Feng’s idea was that his son would get bored of playing games if he was killed every time he logged on, and that he would start putting more effort into getting a job.

Despite being sick of getting killed every time, Xiao Feng decided to stick up to his father and tell him how he felt. He was quoted as saying, “I can play or I can not play, it doesn’t bother me. I’m not looking for any job—I want to take some time to find one that suits me.”

Hearing his son’s earnest plea, Feng said that he was “relieved”. It’s unsure if Feng has called off his assassins or if Xiao Feng has found a job. One thing’s for sure; Feng’s way of deterring his son from playing games might be one of the best ideas to come out of China recently, particularly as reactions to “gaming and internet addiction” have been very extreme.