Archives
« SpaceX found says we could have humans on Mars in 12 to 15 years. Bradburyboner.
‘BORDERLANDS 2’ COME AND GET IT TRAILER: Jesus is it September yet? » 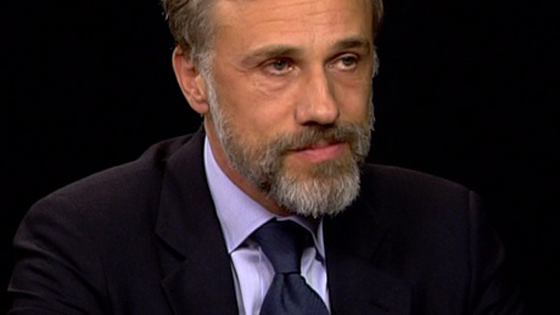 Christoph Waltz and Terry Gilliam are teaming up to bring to life a goddamn existential science-fiction movie. Subsequently, these two wonky bastards have moved their glorious fingers lovingly onto my fanboy g-spot. Rub it real well, guys.

It might have been as far back as 2009 when we last heard about The Zero Theorem, a sort of sci-fi exploration into the existence, or lack thereof, of meaning in life. Written by Pat Rushin, the script was once in development by Terry Gilliam, but it seemed like he had scrapped it quite a while ago.

Just because Gilliam pushes pause on something doesn’t mean it is gone, however, and now The Zero Theorem is back, and with Christoph Waltz (Inglourious Basterds, Django Unchained) replacing the once-attached Billy Bob Thornton as the man set to play Qohen Leth, “an eccentric and reclusive computer genius.”

Deadline says that worldwide rights sales will be going on in Toronto, as the Toronto International Film Festival kicks into gear. This one is actually moving quick, with pre-production going on in Romania now, and a planned October 22 shoot date.

The details of the script are pretty wild, and it sounds like the movie calls back to Gilliam’s classic Brazil. Our script review from 2009 described the following elements:

a series of science-fiction conceits in The Zero Theorem that are, frankly, fantastical: a virtual psychiatrist that runs on a computer screen; some cyber-suits that enable voyages into virtual reckonings of the non-existent soul; that mysterious, controlling entity called Management , which seems able to appear and disappear at will; the ManCom super mainframe and the all-seeing ManCams; a legion of Clones that don’t, actually, appear to be Clones at a DNA level. The net effect of eschewing a familiar reality for this more figurative world is vivid and resonant, but I do sense resistance to this kind of storytelling and this kind of fantasy diegesis in some audiences. This film won’t be for everyone.

But wait, what’s all that about? Deadline summarizes the script like so:

Living in an Orwellian corporate world where “mancams” serve as the eyes of a shadowy figure known only as Management, Leth (Waltz) works on a solution to the strange theorem while living as a virtual cloistered monk in his home—the shattered interior of a fire-damaged chapel. His isolation and work are interrupted now and then by surprise visits from Bainsley, a flamboyantly lusty love interest who tempts him with “tantric biotelemetric interfacing” (virtual sex) and Bob. Latter is the rebellious whiz-kid teenage son of Management who, with a combination of insult-comedy and an evolving true friendship, spurs on Qohen’s efforts at solving the theorem. … Bob creates a virtual reality “inner-space” suit that will carry Qohen on an inward voyage, a close encounter with the hidden dimensions and truth of his own soul, wherein lie the answers both he and Management are seeking. The suit and supporting computer technology will perform an inventory of Qohen’s soul, either proving or disproving the Zero Theorem.