Archives
« WEEKEND OPEN BAR: Close Encounters of the Awesome Kind!
‘MAN OF STEEL’ TEASER TRAILER: I hate that I don’t hate this. » 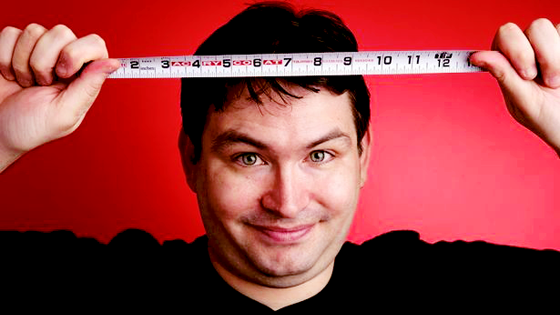 I remember reading about this dude a while back in Rolling Stone and feeling sorry for the son of a bitch. I always thought having the world’s largest hog would be dope, but it is more impractical than anything. Now dude is getting hung up at airports and shit for his mini-cannon.

World-renowned large-penis-haver Jonah Falcon was reportedly stopped by a TSA agent at San Francisco International Airport and asked about the “very noticeable” bulge in his pants.

“I said, ‘It’s my dick,'” Falcon told the Huffington Post. “He gave me a pat down but made sure to go around [my penis] with his hands. They even put some powder on my pants, probably a test for explosives. I found it amusing.”

Falcon, who claims to have the world’s largest recorded penis, says he wasn’t erect at the time, but his 9-inch floppy was apparently suspicious enough to warrant a thorough reach-around. Er, pat-down.

“I’m just gonna wear bike shorts from now on,” said Falcon, who did not miss his flight on account of his threatening member. “That way, they’ll know. You’d think the San Francisco TSA would have had experience with hung guys before, but I guess not.”

The OG Thomas Jane, who also happens to be an actor, is not formally recognized by the Guinness Book of World Records for his alleged handful as the official keeper of accomplishments “does not record such feats.”