IKEA Is Building Its Own LONDON NEIGHBORHOOD. F**king Amazing. 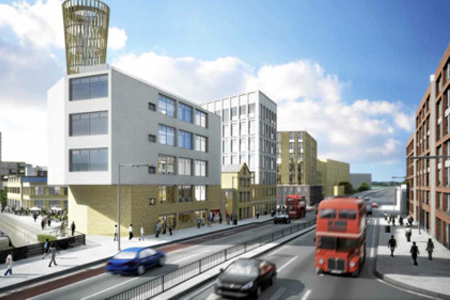 Soon, Ikea will be furnishing the wombs of pregnant women with genetically engineered fetus-beds and womb lightning. It’s going to be goddamn amazing. Until then, we’re going to have to settle for this: a London neighborhood built by those fucking Swedes.

As part of its plan of easy assemble world domination, the Swedish furniture chain Ikea has announced that it’s expanding from stores to neighborhoods. The new neighborhood in east London will be called Strand East and will feature 1,200 homes and apartments in the Scandinavian style, and all will be rentals.

The people who run the Swedish home-furnishings behemoth are launching a bold push into the business of designing, building and operating entire urban neighbourhoods. Where once they placed a couch in a living room, the Swedes now want to place you and 6,000 neighbours into a neglected corner of your city, design an entire urban world around you, and Ikea-ize your lives. Their bold, high-concept notion of an urban ’hood could be an important solution to the housing-supply shortages that plague many large cities — but it could take some getting used to.

“Our approach must be to get the right housing and office prices while delivering very good quality at the same time, he added. “We want to be smart enough in our design that we can offer the product for a reasonable price.”