CISPA Is SOPA 2.0: The Corporations Strike Back! 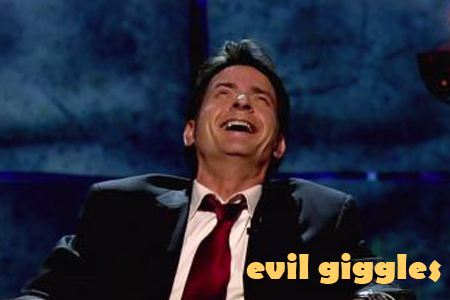 SOPA! It died, but like a Phoenix of douche-mastery, it has risen again in a multitude of forms. Its latest iteration can be found in CISPA. This son of a bitch is an old trick in a new form.

CISPA, the  Cyber Intelligence Sharing and Protection Act of 2011  (H.R. 3523), is a successor, of sorts, to the loathesome SOPA legislative proposal, which was shot down in flames earlier this year. EFF’s  chilling analysis  of the bill shows how it could be used to give copyright enforcers carte blanche to spy on Internet users and censoring the Internet (it would also give these powers to companies and governments who’d been embarrassed by sites like Wikileaks).

Under the proposed legislation, a company that protects itself or other companies against “cybersecurity threats” can “use cybersecurity systems to identify and obtain cyber threat information to protect the rights and property” of the company under threat. But because “us[ing] cybersecurity systems” is incredibly vague, it could be interpreted to mean monitoring email, filtering content, or even blocking access to sites. A company acting on a “cybersecurity threat” would be able to bypass all existing laws, including laws prohibiting telcos from routinely monitoring communications, so long as it acted in “good faith.”

The broad language around what constitutes a cybersecurity threat leaves the door wide open for abuse. For example, the bill defines “cyber threat intelligence” and “cybersecurity purpose” to include “theft or misappropriation of private or government information, intellectual property, or personally identifiable information.”

Yes, intellectual property. It’s a little piece of SOPA wrapped up in a bill that’s supposedly designed to facilitate detection of and defense against cybersecurity threats. The language is so vague that an ISP could use it to monitor communications of subscribers for potential infringement of intellectual property. An ISP could even interpret this bill as allowing them to block accounts believed to be infringing, block access to websites like The Pirate Bay believed to carry infringing content, or take other measures provided they claimed it was motivated by cybersecurity concerns.

Just a matter of time.