Archives
« ACTIVISION v. INFINITY WARD Court Date Delayed. Just Get It F**king Over With
THIS WEEK on Game of Thrones: “The Night Lands” » 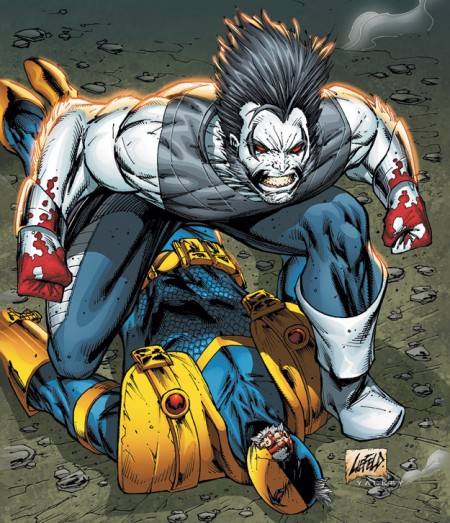 The DC solicitations for their July comics feature a disturbing trend: Rob Liefeld actually drawing feet. This occurrence across three  of his covers is unfathomable even to his supporters like myself, who embrace his absolute lack of regard for human anatomy. Liefeld didn’t just stop there. He threw a pretty amusing quote-bomb upside his detractors’ skulls.

“The Hipsters don’t know what to do when I draw feet. It confuses them.”

—  Rob Liefeld, following the release of  DC Comics’ solicitations for July, which include his covers for
The Savage Hawkman  #11,  Deathstroke  #11, and  Grifter  #11. Characters’ feet are visible in all three images

…and I mean, there’s only like…three-thousand pouches in that Deathstroke  promo. Nothing makes sense. Nothing. #Sob