Archives
« THE CORRIDOR: Paranoid, Lo-Fi Sci Fi From Canada
A PokÃ©mon Team Was Kicked Out Of A Hotel For Flinging Shit. Actual Shit. » 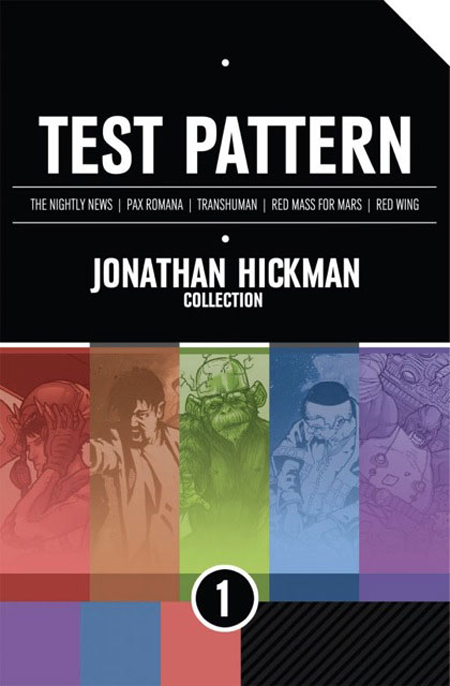 Welcome to the power of the digital. This is fucking *awesome*. In order to promote Hickman’s latest series The Manhattan Projects, comiXology is packaging all of the dude-scribe-wizard’s miniseries into one $35 bundle. Can you fucking fathom this?

ComiXology and Image Comics both announced today that the former will release Jonathan Hickman’s various miniseries published by the latter in one big digital bundle.  Test Patterns, which you can download for $34.99, includes  The Nightly News,  Pax Romana,  Transhuman,  A Red Mass for Mars  and  The Red Wing  all in one digital edition.

The various miniseries are also available individually on comiXology, along with the first issue of  The Manhattan Projects, his project with artist Nick Pitarra. They’ve also released a  Test Pattern  sample edition that includes the first issues of each of the Hickman series if you’d like to try before you buy.

“As an innovator in the world of digital comics, comiXology is the logical place to release the entire back catalog of my creator-owned work along with my latest work,  The Manhattan Projects. Digital is here to stay, and I look forward to finding a whole new audience with these projects and with comiXology,” said Hickman in the press release.

“The  Test Pattern  collection is an amazing way to introduce fans to Jonathan’s recent back catalog all in one shot,” said comiXology CEO and co-founder David Steinberger in the same release. “Getting creator owned comics into the hands of new readers is a top priority for us and as a long-time fan of Jonathan’s work myself, I couldn’t be happier!”

“From the moment I opened the package containing Jonathan’s pitch for The Nightly News, I knew he was a creative force to be reckoned with. The work he’s done for us since then has only reinforced my high opinion of his many talents, and it’s nothing short of an honor to associated with a creator of his caliber,” said Image Comics Publisher Eric Stephenson, yet again in the press release. “We’re proud to partner with Jonathan and comiXology in bringing his entire catalog of creator owned work to digital comic fans everywhere.”

This is the sort of harnassing of the new technology that makes my glands swell. ++, yo. ++