Archives
« Video: Alan Moore Talks About Universes Reproducing, And More.
Milky Way Galaxy Is About To Get Fed, Yo! »

THE GANG OMEGA’S PICKS OF THE F**KING YEAR: The Dude 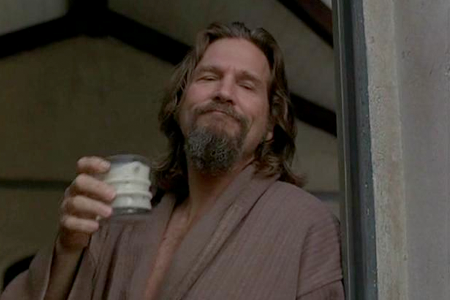 (It’s been a fruitful fucking year for us here at OL. There’s been ups and downs, but one of the most fistfully-forceful awesome happenings was a swelling of the contributors. We decided what a better way to celebrate this than to get all of us to spout off our favorite things  of the year.)

Movie: Moneyball.
I though this year kind of sucked for movies.   It may be because 2010 had Inception as its movie of the year for me, or it may be that I didn’t see very many movies.   The latter is not the case however.   Sure we has our fill of super hero movies, but those barely count.   I am going to split hairs and give two answers.   The Big Budget movie of the year for me was Moneyball.   I am a baseball fanatic, so when I heard about a movie all about the economics of baseball my “Louisville slugger” went pure maple.   Going easy on the pine tar, I enjoyed this heart felt story of a man I already knew the heart felt story of.

The Indie movie of the Year goes to Atlas Shrugged part 1.   I know, you didn’t know that movie existed. Few did.   The acting wasn’t bad, and the budget was noticeably lower, but I thought it was a faithful rendition of my favorite literary work.   I really hope they get the funds to finish the rest of the story.

TV Show: Breaking Bad.
I really like Justified.   It’s well-paced and features lovable characters in enjoyable situations.   You pull for the villains while still wanting the heroes to succeed.   Rarely am I surprised that a television show can not only affect my emotions while still keep me guessing.   So with that in mind, I name the Best Show of 2011, your champion, Breaking Bad.

Best Animated TV Show: The Venture Brothers.
Hands down.   Season 4 was the best to date.

Book: Ghost Story, Jim Butcher.
Of the books released in 2011, none of them, for me at least, was more anticipated than Jim Butcher’s Ghost Story.   Its book 13 in the Dresden Files.   Its my very favorite book series.   Here’s a quick synopsis.   Harry Dresden is a wizard working in modern day Chicago.   His main employer is the Chicago PD, they go to him whenever they see something spooky.     If you like a good mystery, please, please, PLEASE pick up the first book called Storm Front.   Its time we took back our Vampires and Werewolves!

Food: Chipolte
Since this question doesn’t really pertain to a year themed food, I’m going to assume its more of a food item or place I discovered in 2011 that was my favorite.  This is the first year I tried Chipotle’s and hot damn I love the place.

Drink: Tom Collins.
This summer for me was the summer of Tom Collins.   Those were the halcyon days.   We’d sit on the porch with an iced cold glass.   Not a care in the world.   We’d grill hot dogs and burgers.   I remember one particular instance … heheh, I had my fill of wieners that day.   What a gay ol’ time for us all.

Wild Card: Ascending Empires.
I’m big into board games.   I have a gaming group that meets once a week and play board and or card games.   This year’s best addition to the gaming cue is called Ascending Empires.   Basically you fling ships around the board (Galaxy), explore planets, build cities, research technology, and of course, blow shit up.

Eagerly awaitin’:
I try not to get worked up on things coming out.  I don’t look at release dates until they are very close, so I have no idea (Caff note: It’s true. The Dude is as chill as I am an over-excited puppy pissing everywhere over everything that stimulates me)… Dark Knight Rises I guess.   Ohh, and another Dresden book.   That should be out in the summer.

Desperately hopin for:
Us all to make it to December 23rd, 2012 … fuck the Mayans and their stupid dead calendar.