Archives
« Asteroid ‘Vesta’ Has Itself A Lumpy Ass. Space Shame.
Face of a Franchise: Daredevil » 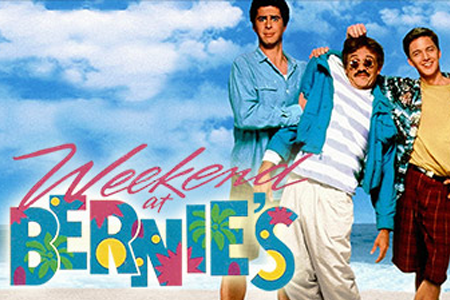 Two dudes in Denver found their friend dead in his apartment. They decided to kick it like Bernie’s, bringing him around to strip clubs and bars and the such.

The story is that Jarret had invited Young to live with him while Young was between jobs and, on the night of August 27, Young came home and found Jarret dead. Instead of calling 911, he went to Rubinson’s job and the pair returned back to the apartment where they loaded the body in the back of a Rubinson’s SUV. They then went to Teddy T’s Bar and Grill and drank on Jarrett’s tab while his body was in the back seat of the truck. At that point, they brought Jarrett’s body back to his apartment, took his ATM card, got some Mexican food and then withdrew $400 to go to the strip club. Once that place closed, the pair flagged down an police officer and said Jarrett’s body was at his apartment.

“This is a bizarre and unfortunate crime,” said Denver Police Department spokesman Sonny Jackson. “This isn’t anything you want to have happen to a loved one. You want them treated with respect in death.”

Pretty screwed up, no? You can read more about the case at  The Denver Post.

I think the appropriate response to this is to be horrified. Were this not the generation of Everything Is Permitted, I would be. It is fucked up, for sure. But I can’t help but think it’s amazing.