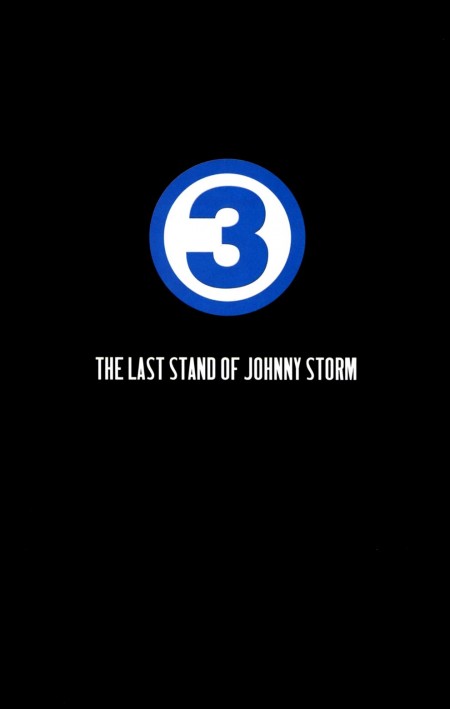 It’s been over a week since the release of Fantastic Four #587. In that time, the comic has inspired a few mild debates here at OL and no doubt countless others across the globe. Hell, maybe even the galaxy! But it’s to be expected, as this issue has long been designated as the comic in which one of Marvel’s First Family would be killed off.

Do superhero deaths ever last? No. Absolutely not. The decision to kill a character is almost always rooted in the hopes of driving up sales. After all, there’s nothing more attention-grabbing than “HEY, KIDS, YOUR FAVORITE HERO IS GOING TO DIE!” Hell, when old Kal-El bit the dust millions of comics were sold and the story hit the news:

Even in the news clip, it’s no secret that Clark Kent would eventually return. And you know what, I’m okay with that. I don’t mind the deaths and resurrections of caped heroes, provided that they are treated appropriately. If it seems like a hollow cash-grab, then count me out. But if it seems like a creator is murdering or reviving a character to tell an affective story, then I say go for it. `Cause the fact of the matter is that although rare, it can be done.

Case in point? Bucky Barnes. Ed Brubaker took a dead sidekick, turned him into a villain, and then made him Captain America’s replacement. And while this might seem like a gimmick, the quality of the comics has always been way above most superhero books. Will Steve Rogers eventually reclaim the shield as his own? Certainly. But the ride we’ve been taken on is damn amazing.

It’s this same sense of enthusiasm that I find flowing through my veins when reading Fantastic Four #587.

Reading this comic, I felt my heart pounding. Could it have been the three Rockstar Energy Drinks I consumed? Possibly. I don’t know why, but those things always get my blood flowing. But more likely is the possibility that I won over by Hickman’s incredible script, as executed by Steve Epting. The comic alternates between three separate journeys – Reed Richards trying to save Nu-World from Galactus, Sue bitch-slapping Namor in an attempt to prevent an underwater tribal war, and Ben and Johnny trying to prevent an invasion from the Negative Zone. Each of the three narratives is doused in science fiction fossil fuel and ignited with a sentiment spark, making for paneled pages that light your feelings on fire.

Sue and Reed, although imperiled, don’t have too much trouble in their respective predicaments. So it’s with the tale of Ben and Johnny that the heartstrings are really tugged. Even with the assistance of the Future Foundation, the multi-species group of youngster-geniuses led by the Franklin kids, there doesn’t seem to be a way to externally close the portal and prevent the insectoid annihilation wave from coming into our dimension.

Just when it looks like Ben Grimm is going to die a hero, the Human Torch tosses him through the portal to safety. It’s so well-executed, it’s absolutely insane. To not feel anything when looking at these paneled pages, I think that might out you as a Cylon. The Thing is slamming on the shield, screaming as he watches his best buddy in the entire world sacrificing himself. Johnny, although typically marked as an irresponsible partygoer, takes the final steps into maturity. At the cost of his life, he stands as the soul Earthly representative against a swarm of destruction:

Then it all goes to hell. And Ben Grimm weeps. As does the reader.

Again, I know there’re a million arguments as to why the death of the Human Torch shouldn’t make me teary-eyed: It’s comics, he’ll be back/How can we be sure he’s dead?/He’s the FF member with the least to live for/whatever. But that doesn’t matter to me, because this comic tells the tale of friends and family members who will die for one another. Even in his last moments, Johnny is looking for Reed’s acceptance.

I’m blathering. Maybe in a few months or years, when the Human Torch is alive and philandering again, I’ll look back and feel foolish. But right now, I can’t help but feel earnest.

Hickman and Epting have mastered the art of the superhero comic – using impossibly hyperbolic situations to tell a story that resonates with the simplest of individuals.