Yo LOST Writers, I Don’t Need To Know About Msidichlorians

How much do you need to know about LOST to feel fulfilled? I ask you this question. Tomorrow night we’re getting an episode tots dedicated to Jacob and MiB, and I’m worried. Why? I’m worried because I don’t need to know their entire backstory. I really don’t. In fact, I think I would prefer if they left parts of it in the dark. Seriously.

Listen, I’m totally cool if we’re given an episode where we see Jacob and Smokey’s intellectual duel throughout the decades. Centuries even. They’ve shown in the teasers what appears to be little Jacob and MiB running around all snotty-nosed and covered in grime. And that’s cool. 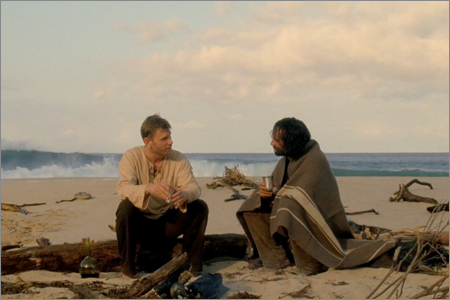 But there’s a difference between demystifying a character and showing character interactions, you know? I don’t need to know specifically how long MiB and Jacob have been on the Island. I don’t even need to know literally what Smokey is, or how he got there. I don’t know, am I the only one?

I’ll give the writers some credit. They’ve pulled off two enormous reveals to my satisfaction. They’ve told me what Smokey was, and what the purpose of the Island is, and I’ve loved both of those reveals. So why am I being so pessimistic? Perhaps I’d love the backstory between the two of them. 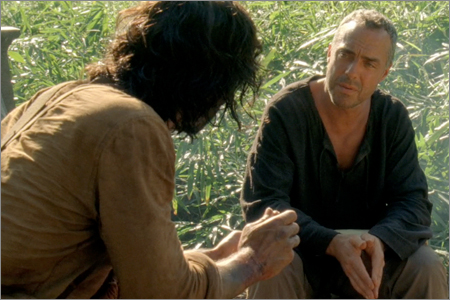 But I don’t know, something about having to put the pieces together myself seems more interesting. LOST has always straddled the line, or uh, is it lines between a) telling us nothing b) telling us too much c) telling us enough to figure it out ourselves. It’s like the television equivalent of the Four Corners or some shit.

But I don’t need to know how Smokey got to the Island, I don’t even need to know how many bodies he’s taken the form of, or if he was ever truly human. I say let that shit sulk in the dark, away complete exposition.

Where do you stand?