A Friendly Reminder To Not Buy Megadeth’s New Album Today 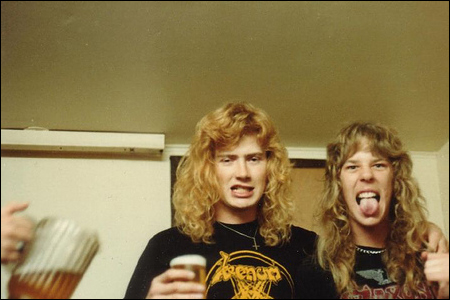 FELLOW Metal Heads, fucking stop! Put down Megadeth’s Endgame, and go spend the money on something productive. I see you in the aisle, with it in your hand. I’ve been there. But you don’t owe Dave Mustaine anything. I’ve enjoyed almost all of Megadeth’s albums for varying reasons. I even enjoyed their last effort, United Abominations. It had some decent songs, and the lyrics were so bad they were entertaining.

Endgame makes a good point that I hope you all pay attention to: heavier isn’t always better. Even though Endgame is heavier than probably everything since Countdown, it’s my least favorite album since The World Needs a Hero. All the riffs sound like Dave Mustaine was trying to write Rust in Piece again. The results are thrashy riffs that aren’t really memorable, and half of them sound like a rehash or tweaking of Tornado of Souls of some shit.

As well, the lyrics are mind-blowing. In the past they’ve been bad, and you’re like, “Okay, this is sort of funny.” But Mustaine spends the whole album snarling about Nascar, New World Orders and…TV dinners and Beer. No, I’m not kidding. I was listening to it in the car with my girlfriend and Mustaine was all:

And my girlfriend was like, “Did he just mention a TV dinner and a beer?”

And I had to tell her yes, yes he did.

Do yourself a favor today guys, and give this one a pass. Buy a second copy of Killing Is Business if you really need to support the nutbag.